“We used to pray for a Saturday off. Now we just pray that we will get to work at all.”

The industry decline devastated the miners of East Kentucky, most of whom have a high school diploma or less and have worked in the mines all their lives. They’ve never had to interview for another job or think about what else they could do with their skill sets. In an area where the average wage for all jobs is $45,000, miners and their families thrived on the $75,000 average mining wage.

However, when the jobs disappeared, so did their hope. Most miners owned their homes and couldn’t afford to live elsewhere, nor could anyone in the area afford to buy their homes. Some were driving five or six hours to find work.

The situation looked bleak. But now, the region is once again thriving after using data to attract six new companies, add about 2,000 jobs, and re-skill coal miners.

In January 2016, economic development consulting firm Boyette Strategic Advisors began a skills transferability study for coal miners in a 27-county region in East Kentucky. They partnered with several regional economic and workforce development organizations, along with Save Our Appalachian Region (SOAR).

The goal? To transition Kentucky’s coal miners to other industry sectors in need of similar skills.

Over six months, Boyette interviewed over 500 miners, asking them about their skill sets, future career interests, and the challenges they faced while searching for employment outside of the coal industry. They discovered that the miners were highly skilled in areas like welding, electrical, and emergency first aid, but lacked certifications.

Boyette worked with local community colleges to create fast-track certification programs. That way, miners could get the certifications they needed without having to start at ground zero or pay for a full 16-week course.

Using Data to Sell a Workforce

After gathering qualitative data from the miners, Boyette combined it with Emsi’s labor market data to get a full picture of East Kentucky’s workforce. 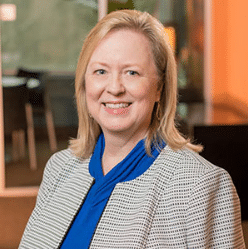 Kay Stebbins, director of research and analytics at Boyette, said her team began with basic data points for the top 10 mining occupations. These included the projected increase or decline in jobs over the next five years, the median hourly earnings, the estimated annual openings, etc.

Then they looked at the top compatible occupations for each of those 10 mining occupations. Were they growing or declining? What sectors employed those occupations? What skills would miners need to qualify for those jobs?

The team also created a radar graph for the economic and workforce development organizations that showed what skills the miners currently have. Boyette paired the results with quotes gathered from more than 200 employers, who praised the miners’ work ethic.

In the last two years, that data has helped the region recruit six new companies to the area, adding about 2,000 new jobs and nearly $1.9 billion in total investment. The largest of these are Braidy Industries, which is locating an aluminum rolling mill in Greenup County, and EnerBlu, which will make lithium batteries in Pikeville.

“They very clearly cited workforce as a huge advantage. The economic development team was able to use all the data we provided to document a highly-skilled and trainable workforce in the region that could easily transition into lithium batteries and sheet aluminum manufacturing,” Stebbins said.

Considering how tight labor is right now with the low unemployment rates, it was a match made in heaven. The miners got jobs, and the companies got a skilled workforce.

Aside from the staggering job numbers and dollar amounts, Boyette’s study and Emsi data have also made a real-life impact on the people of East Kentucky.

Stebbins recently returned to Kentucky for another project and toured a brand new CNC training facility that opened following the workforce study and its recommendations. Three miners happened to be working and training there that day.

One of them, a 56-year-old man named Dennis, had worked in the mines all his life and didn’t have a high school diploma. Now, he’s completing his CNC training and becoming an apprentice. When Stebbins asked Dennis how he liked his new career, he said:

“It’s totally different from mining because mining was hard on my body. This is much harder on my brain. But I really like it, and I know I can keep doing this until I’m ready to retire. I’m not sure I could have stayed in the mines that long even if the job was still available.”

Stebbins said three of Dennis’ co-trainees found jobs at Lockheed Martin after finishing the CNC program. Another young miner told her he was excited to continue working with his hands but in a safer and cleaner environment.

“I literally had chills when I was talking to them. It was amazing to see those men talk about how special these opportunities are, and how they were so frightened about what would happen to them and their families,” Stebbins said.

“I have to believe that the information, data, and guidance we provided has really helped the region’s workforce system and economic development professionals figure out a way to attract the right jobs there to maximize that workforce.”

Ready to train or re-skill talent in your area? Start with Emsi. From job posting demand, to required skills and education, to earnings, we have the data you need to advance your workforce. Contact Cara Christopher at cara.christopher@economicmodeling.com to learn more.

September 22, 2021
6 Ways Our Conversations Are Shaping What We Know
September 8, 2021
6 Ways to Upskill Women for In-Demand Jobs
August 25, 2021
How To Connect 2-Year Students to a 4-Year School — and a Career
August 12, 2021
3 Ways New Philanthropy Models Help More People Faster
July 29, 2021
Things To Know Now About the Future of Nondegree Credentials
July 14, 2021
How Student Supports Can Reverse Enrollment Declines
June 22, 2021
‘Concerned, Worried, and Anxious’ — Insights From Recent High School Grads
June 8, 2021
What Will Reconnect Disrupted Learners to Education?
May 26, 2021
How Community Colleges Can Lead Our Economic Recovery
May 11, 2021
Mentoring, Networking, Scholarships — How This Program Pulls Them Together
April 27, 2021
How Work Changed for Good in 2020, According to Employers

Amid a pandemic crisis characterized by stay-at-home orders and travel restrictions, the leader of the career center at Stony Brook University describes its fallout with an unexpected word: freedom.

February 17, 2021
Prior Learning Assessment Gives Boost to Not Just Students but Schools, Too

In her early 20s, Kiabeth Santos was well on her way to achieving her goal of becoming a nurse. She wanted to work in health care, and she loves working with people. But then life — as it often does — got in the way.

Preparing the Education-Workforce System for the 100-Year Career

In the earliest days of the pandemic, researchers at Strada Center for Education Consumer Insights realized leaders across our nation would need a real-time understanding of how people were experiencing, thinking about, and feeling about work and education. The research team launched a regular survey, Public Viewpoint, to make these insights widely available — ultimately including more than 25,000 survey participants over the course of 2020.

January 4, 2021
Increasing Opportunity for All, During the Pandemic and Beyond

The story of one learner’s journey through education and employment is told across several data sets. Enrollment and graduation outcomes tell one part of the story, with labor market information and employer data filling in the blanks. Brighthive, led by CEO and founder Matt Gee, is connecting siloed data systems so learners, employers, and educators alike can make better informed decisions about preparing tomorrow’s workforce.

Application requirements favoring families who can apply and commit early without comparing financial aid packages. A preference for legacy students and star athletes. A tendency to recruit from the same high schools year after year.